By Tuesday noon, all members of the Lithuanian men’s basketball team have arrived at the “bubble” hotel. Team had been introduced and acquainted with the internal rules and had a chance to carry out an easy training. The first training involving all team together will take place tonight.

„I started my trip on Saturday and I came to Kaunas only on Sunday night. The trip lasted more than 28 hours. As I was travelling within Europe, I would say the trip took a very long time,” – said Jonas Mačiulis with a smile.

„On the arrival, everything was very empty, there was a feeling of ghostly atmosphere, but everything is fine. Looks like everyone arrived healthy, we had a COVID-19 tests, all results were negative. We will try to perform our best; we will see how everything goes. In the evening we will have our first training with a full team, we will try to learn the plays and adapt to the system quickly“, – said Mačiulis when asked about the goals of the national team.

There are a few players who will debut in the national team this weekend. One of them is Augustas Marčiulionis, the debutant of the men’s national team.

„After receiving the invitation to the national team camp, I was really happy and excited to be given such an opportunity. I see it as an extremely good opportunity to improve and to find out what it means to represent the Lithuanian national team. My expectations are to pick something up, to learn something, just to get used to it, to see how things are going. I want to leave a good impression on the coach and just get as much as possible from this opportunity“, – Augustas Marčiulionis shared his first impressions.

So far, Lithuanians are in the second place in group C and share it with Czech Republic. Both teams have won one victory and suffered one defeat. Belgium is in the first place, which is yet to lose a game and at the bottom of the group goes Denmark, which has not yet felt the taste of victory. 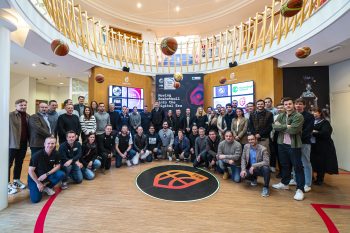 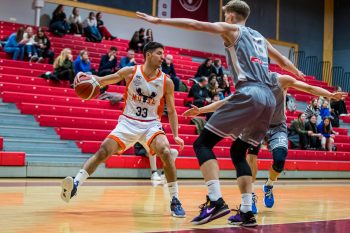 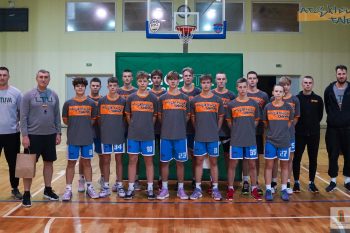