Lithuanian national team coaches named final 12 man roster for the Olympic qualifiers tournament (OQT), that will kick off on Tuesday in Kaunas.

Before the start of the official tournament, head coach of the national team Darius Maskoliūnas had to say goodbye to two players – Tadas Sedekerskis and Regimantas Miniotas.

„In regards of Tadas, he somehow had a hard time adapting to our defensive schemes. We simply could not find him a suitable position. As of today, we do not see him as an offensive threat that could benefit us a lot.

Speaking about MIniotas, he was behind the initial 15 man candidate list, due to certain circumstances we invited him later. He looked alright in the preparation games, but we had to choose and we decided to pick another player. We think that way it will be more beneficial for the team”, – said Darius Maskoliūnas.

The national teams of Slovenia, Poland and Angola will compete in group B of the OQT in Kaunas. 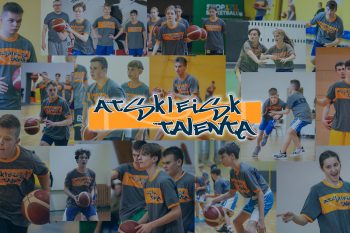 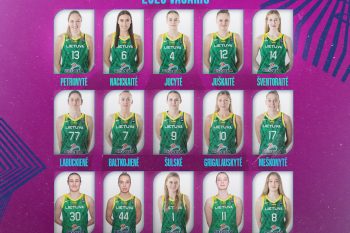