The Lithuanian national women’s basketball team will leave for Istanbul on Monday, where they will participate in the women EuroBasket 2021 qualifiers on February 4th and 6th. Lithuanians will play Turkey and Serbia in the Group E match.

Lithuanians are currently in last place in group E. The Albanian national team was eliminated from the tournament because they did not attend the „bubble“ tournament in Turkey back in November.

To qualify for the EuroBasket 2021, Lithuanians need to beat the Serbian national team by at least one point and win against the Turkish national team by 24 points or more. In this case, the Lithuanians would remain second in the group and would have to expect favorable results in other groups, as the winners of all nine groups and the five best second-place teams will qualify for the tournament.

For Lithuanians, the situation is aggravated by the fact that Gabija Meškonytė and Laurita Jurčiūtė have unfortunately suffered injuries, and Laura Juškaitė, who has recently contracted a coronavirus and hence will not be able to help the team.

„This whole virus situation has somewhat unbalanced us, especially it has ruined the chemistry that we had in the previous stage, but it motivates us. We have a few youngsters so they will be able to gain a lot of experience out of it. In addition young coach members will travel with us. The young coaches will have a chance to see how the ‘bubble’ goes, what the women’s basketball team looks like. We are all ready to fight and we will leave our best on the court“- added head coach.

The Lithuanian women’s basketball team will meet the Turkish (February 4) and Serbian (February 6) national teams in the European Basketball Championship qualifiers. Both matches will take place at 5 pm and will be broadcasted on TV6.

„We can fight with the Turkish national team, keep the result close so that we can hit when the tension rises. The Turks are really strong at the moment, they play at home, they will have a few more days – before we get there. Therefore, I think it will be very important to keep the result close. I think that the final roster of the team will only become clear when we get there, because Turkey and Serbia also have some key players missing, but, as in the previous qualification stage, everything will become clear only when we get there.

The strategy we imposed against the Serbian national team in the last match worked out well, we will just have to pay even more attention to their shooters so that they do not have open shots. We will have to work even better on defence and keep up the high intensity. Of course, first of all, we should strongly focus on the Turks, but we are also thinking about the strategy to use against the Serbian team”, – said Mantas Šernius. 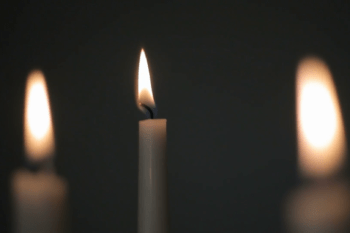