The Lithuanians will start its training camp for the Olympic qualifying basketball tournament next week. Official tournament is set to start at the end of the month in Kaunas. As soon as the training camp starts, a couple of days later, Lithuanian national team will have its first friendly game. The teams led by Valančiūnas and Sabonis will have a duel with the national team of Dominican Republic, who will be preparing for a similar tournament in Serbia.

On June 22nd, Lithuanians will have a game against Russia, and on the 24th – another game against the Dominican Republic.

Fans can already purchase tickets to these friendly games today, and the price of the cheapest ticket starts at just €7. They are available at bilietai.lt

LKF and „Let’s go Lithuania” membership holders can get a 30% discount to the assigned sectors. The number of these tickets is limited.

The organizers remind that access to the games will be possible only with a valid national certificate and proof of identity.

During the match on June 24th, the Lithuanian Basketball Federation will also organize a social campaign and give as many as 3,000 invitations to doctors, teachers, police, customs and fire rescue workers, as well as volunteers, who helped everyone in an extraordinary situation during the lockdown. Invitations to representatives of the listed groups will be distributed in cooperation with the organizations coordinating their work.

„With this initiative, we want to express gratitude and respect to those people who sacrificed their time, strength, even risk their health to help others during the difficult pandemic. We hope that this gift will allow us to forget the worries of the day”, – said LKF President Arvydas Sabonis.

Organizers recall that ticket sales for the Olympic qualifiers continue. On the Bilietai.lt platform, basketball fans can buy day tickets, the price of which starts from just 10 euros. Fans can also purchase a subscription to the entire tournament, which costs 99 euros. Ticket prices will rise as the tournament approaches. 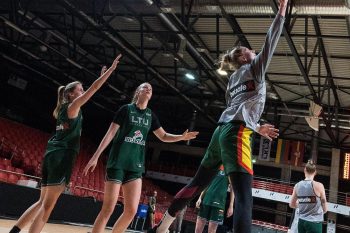 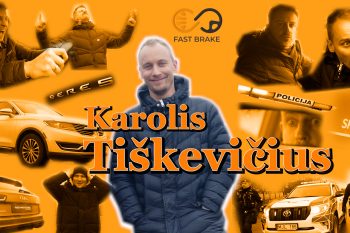