The FIBA ​​Skills challenge tournament, which started last year, invited not only girls but also boys to compete this year. In the virtual U15 national team competition, five representatives of each national team participated, who must overcome the obstacle course as fast as possible and earn extra points. When all team members complete the task, the time is recorded and the amount of points earned is deducted from the total time and the final result of the match is obtained.

„We participated for the first time in an event like this. It was a lot of stress at first, but after the first contest it came down and the event was extremely interesting. We have set a goal for ourselves, to win at least one competition against other countries, so we hope that we have managed to achieve our goal. For me personally, snake run was the most difficult exercise, because you need a lot of concentration to keep them from falling and at the same time show a quick time“, – said participants Austėja ir Milėja.

„We did well, however, shots from the distance was our only spot where we could have performed better. We did not make as many 3-pointers as we might have expected to, but the speed throughout the contest was not bad and we were doing very well in the ball passing sector. Overall it was a good run“, – said boys’ team head coach Tomas Purlys.

In the boys’ tournament, Lithuanians will meet the national teams of Poland, Estonia, Gibraltar and Bulgaria. Lithuanians started the tournament against the Bulgarian team and had to acknowledge the advantage of the opponents.

10 European girls’ and boys’ teams will qualify for the world tournament. 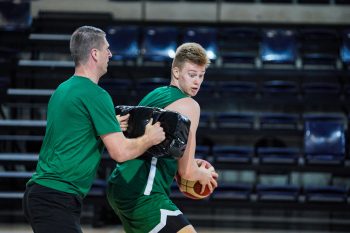 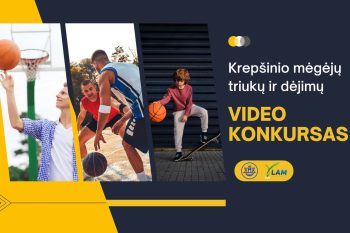